Bangladeshi jute is well known as ‘Golden fiber’ because of the quality of jute the country produces. For centuries, Bangladeshi Jute has dominated the world market through its higher quality fibers. Jute was the single most important export item of Bangladesh till the end of 1980s. Jute is still one of the largest export-oriented industries in Bangladesh and its contribution to the national economy is significant. According to the Bangladesh Jute Mills Corporation, major export destinations of Bangladeshi jute and jute goods are the Middle East, African Nations, European Countries, South East Asia, Australia and the USA

UNITS
No of Factories

LAC EMPLOYED
No of Labour

The country earned $563.9 million by exporting jute and jute goods during the same period in FY2016-17. 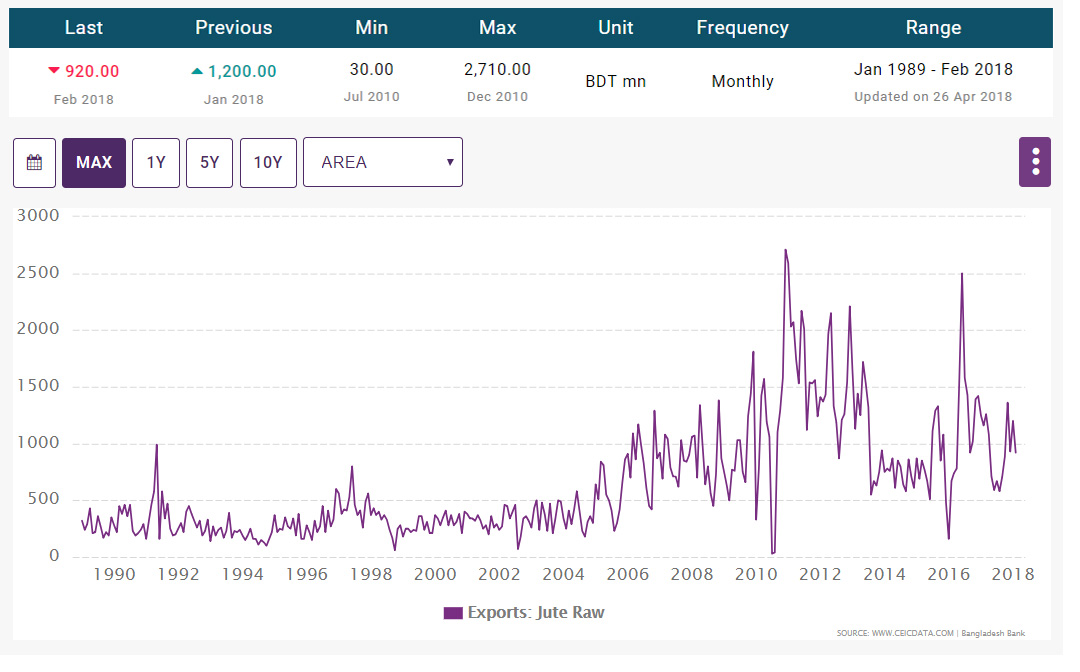